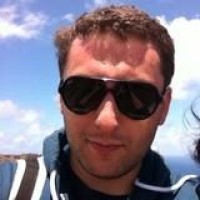 Thanks for stopping by. Here you'll find some of the personal projects I've worked on over the years.

Maybe you were looking for my professional information? You can check my linkedin profile. It's not very thorough but the basic information is there. 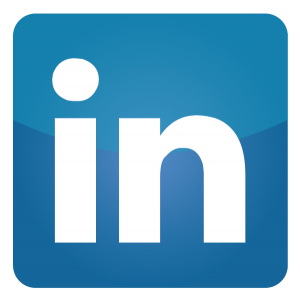 Or maybe you were looking for my github profile. Image Picker is a simple jQuery plugin that transforms a select element into a more user-friendly graphical interface. I found myself using 'select' form elements a lot despite not really liking them that much; They don't either present all the available options in a good way nor are very user friendly on mobile devices (radio buttons are not better either). This plugin was created to solve both of these problems, so far it works great and seems to well received by the web developer community.

I'm what you might call a prehistoric mobile developer. I used to develop applications for the Java Micro Edition, Blackberry and Windows Mobile platforms in a time when those platforms where actually relevant. EDIPS is the offspring of the knowledge I had with my passion at the time for indoor positioning systems. I'd love to work on a similar project now, the technology is much closer to the point of making a tool like this a reality.

While similar applications exists, none of them are very practical when it comes to actually deploying them in the real world. EDIPS sacrifices some accuracy in order to actually make the initial deployment as fast as possible.

While living in the US I couldn't help but to feel a little homesick, combine that with a friend who wanted to learn Ruby on Rails and Radios Chile was born.

On the back end, the app is constantly crawling the radio streams in order to extract the metadata from them and update the current artist/song being played. The front end is updated with a mix of AJAX and PJAX in order to not load the whole page with every update and avoid reloading the external music playing libraries. 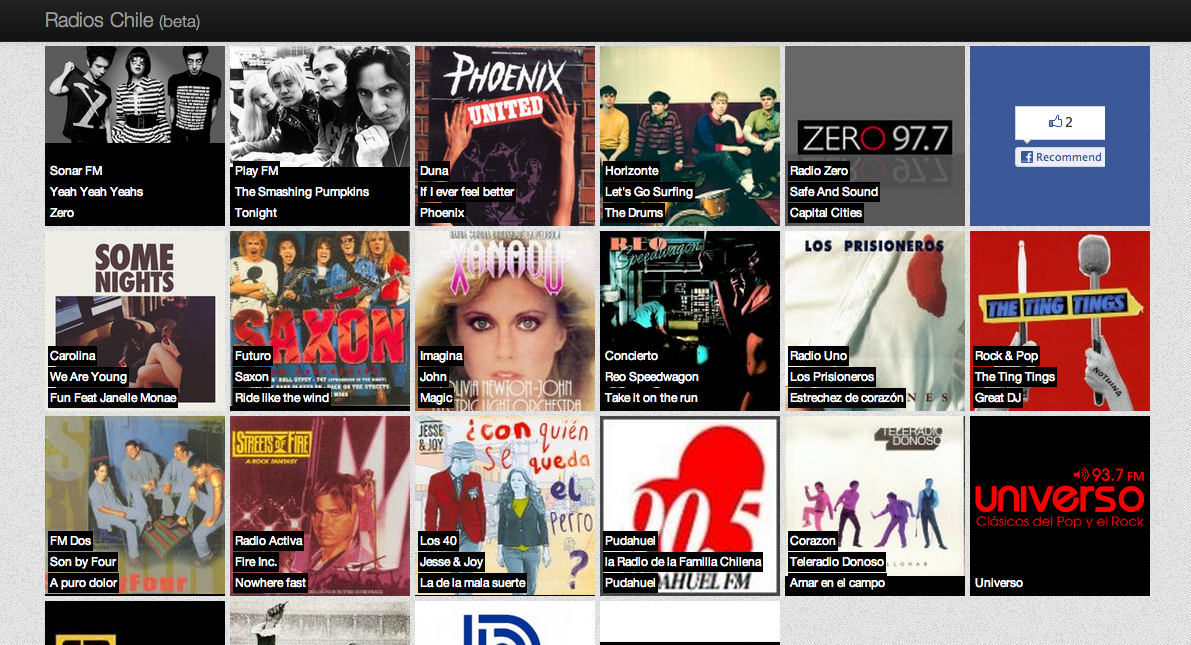 While listening, the information for every station is constantly updated with the metadata from each stream. Sadly some stations don't update the metadata as much as we hoped, some don't even have metadata at all!

Quiin is a command line utility built in Ruby that monitors background processes and captures its exit code along with stdout and stderr output. This information is stored by Quiin and is accessed through the embedded Sinatra app.

It was built as a proof of concept for a very specific project and has not been maintained in a very long time. The code is public in case it's of use to anyone else. If I ever have the need to built a similar tool I'd love to clean up the code and gemify it. 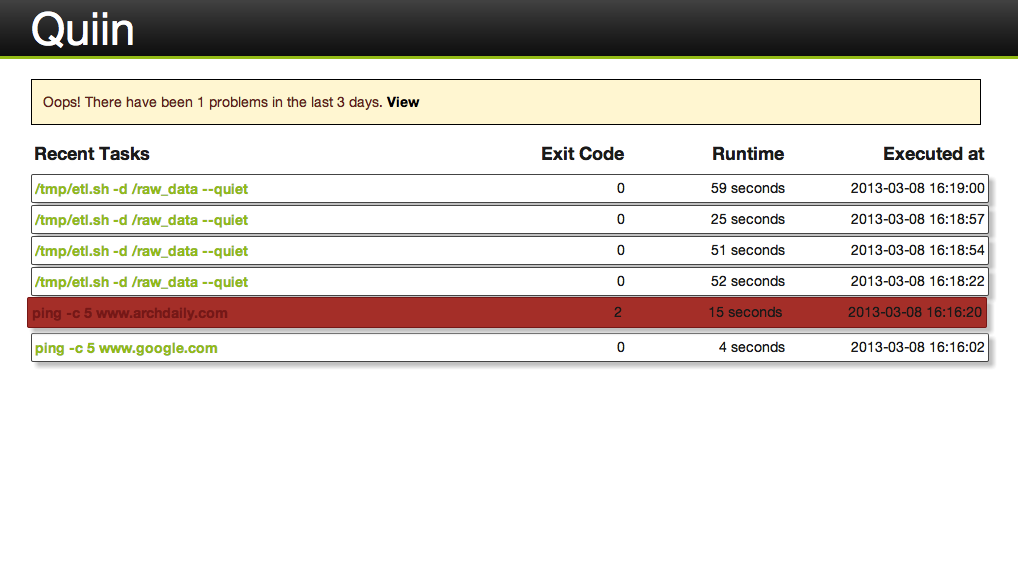 The main screen of the embedded Sinatra app shows the latests jobs and warns you if any of them have failed. 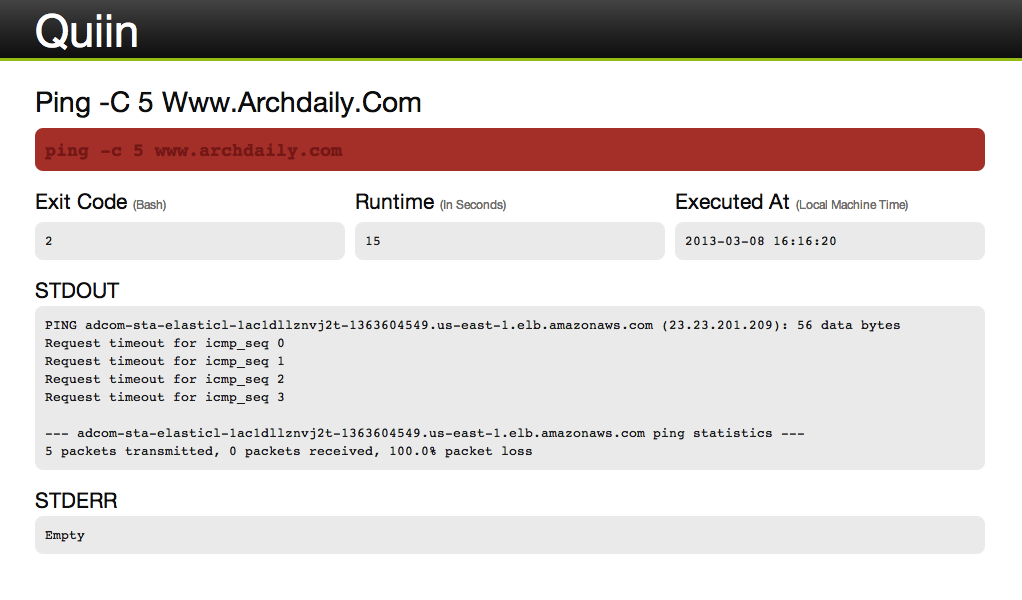 This is an example of a failed job. It shows the output along the exit code.

JCA a game I made a long time ago for my sisters; they were the best QA testers I ever had, seriously. It's a game that while challenging doesn't punish you, in fact you can't even die in the game at all. One of the most novel aspects of the game is that it employs a very simplistic one button contol method; just point in the direction where you want to jump and hold the mouse button, the longer you hold it the stronger the jump will be.

The game was built using GameMaker so it only works on Windows. It should still work on modern machine but can't say for sure. Haven't used a Windows machine in a long, long time.

I did all of the programming and my girlfriend at the time helped me with the pixel art. We even won a contest with this game but I'm still waiting for my first place prize. The sponsoring game company never gave it to me (if someone from Wanako Studios/Behaviour Santiago is reading this, it's never too late!)

It even has a trailer!

"Meh. (but secretly loves it)" 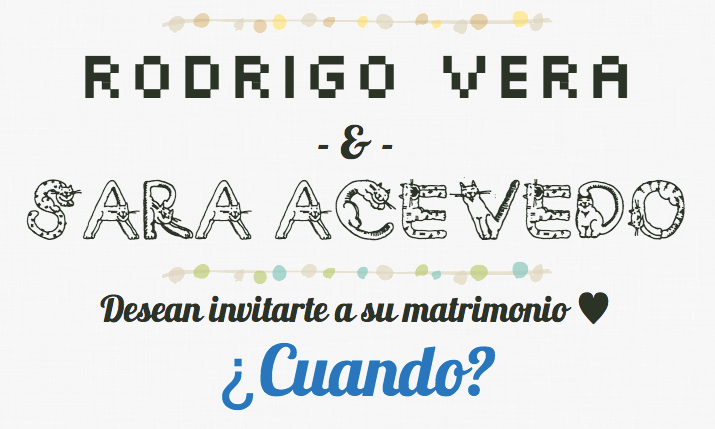 This is a small Heroku app that I made over a weekend to send, manage and track the invitations to my wedding. 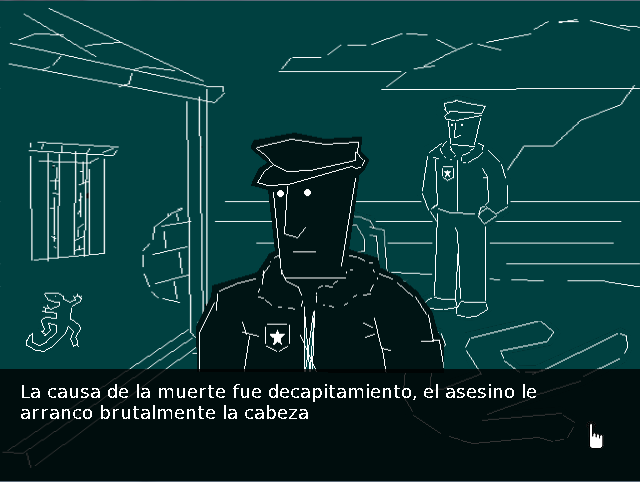 This is a small proof of concept game that I made while learning C++, OpenGL and SDL. Among the myriad of unfinished games I've made over the years I actually like this one a lot so I kept it around instead of just deleting it. 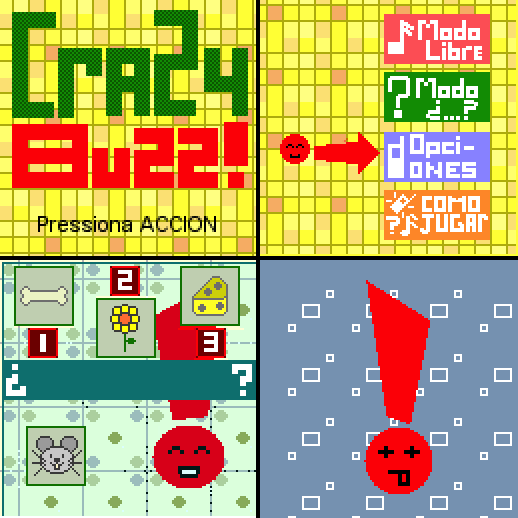 This small J2ME game was the electronic equivalent of the Hot Potato game. It sounds like an awful idea to play it with our current smarthphones but back then Nokia used to build them like a brick.